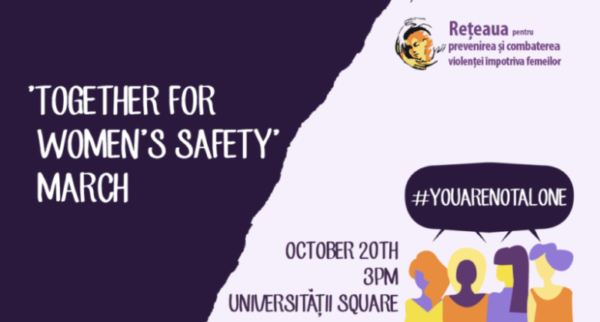 Saturday, the 20th of October, starting at 3PM, the march “Together for Women’s Safety” will take place in Bucharest. We will start from Universitatii Square, Parcul Coltea, and head towards Victoriei Square.

Let’s say to all the women around us: YOU ARE NOT ALONE!

Each and every action of condemning violence against women brings us closer to a world where women can live in safety.

We want to show our solidarity with all women who were or are forced to survive violence.

We want to publicly condemn violence against women and abusive behaviour. Every day we witness aggressions towards women that are not sanctioned; neither by the community nor by the state.

Women are prisoners in a culture of violence in which victims are systematically accused, stigmatised, blamed.

We condemn the aggressive behaviour of those men who consider they have the right to threaten their partner or ex-partner; to rape when consent is not given; to humiliate women on the street or on public transportation; to sexually harass students or work colleagues.

We raise attention to the obstacles faced by women coming from many different groups. At the intersection between gender and other identities, women are simultaneously discriminated for various reasons:  low incomes, lack of employment, disabilities, because they are Roma or they belong to another ethnic or religious minority, because they are immigrants, LBT, sexual workers. We raise attention to the social pressure that women feel in order to hide the aggression, regardless of their vulnerabilities, regardless of the group they belong to.

We want to raise a red flag about the attack on women’s rights to decide upon their own body. In Romania, as well in Europe, we are facing a wave of conservatism whose agenda aims at the restriction of abortion rights and of access to contraception. Promoting these ideas can be considered a form of violence against women.

We remind those who state that there aren’t many cases of violence within the traditional family: look at the number of emergency calls to 112, complaints, trials or  murders every year. Denying the existence of violence will not make it disappear.

There are voices within the Romanian society criticizing Romania’s ratification of the Istanbul Convention. We would like to tell them that we will not allow any steps back! The Romanian state has the duty to continue the process of harmonizing national legislation in order to implement the Convention in its entirety. This will ensure real protection for the victims of violence.

We are revolted by the fact that the state does not allocate enough funds to prevent and fight against violence.  The lives of the women and children victims of domestic violence could have been saved, between 2012 and 2018, with less than 436 million Ron.

WHAT WE DEMAND FROM THE AUTHORITIES?

GET INVOLVED!
1. Spread the word about the March. Encourage others to join us.

2. Come to the March to send a message against all forms of violence against women

3. Bring banners with your messages condemning violence against women.

4. Share a video, written or visual message to condemn violence against women. Please post your message alongside our hashtag #STOPVIF or on our event’s page.

5. Donate to support our network’s activities!

Solidarity with the survivors of violence! 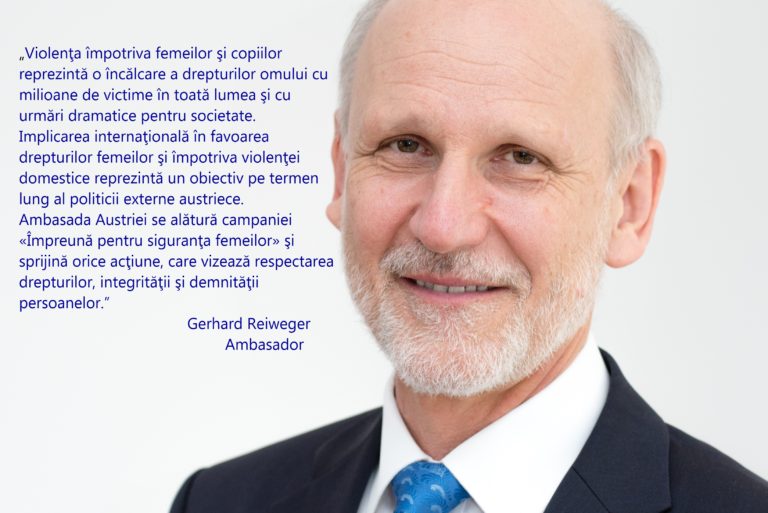 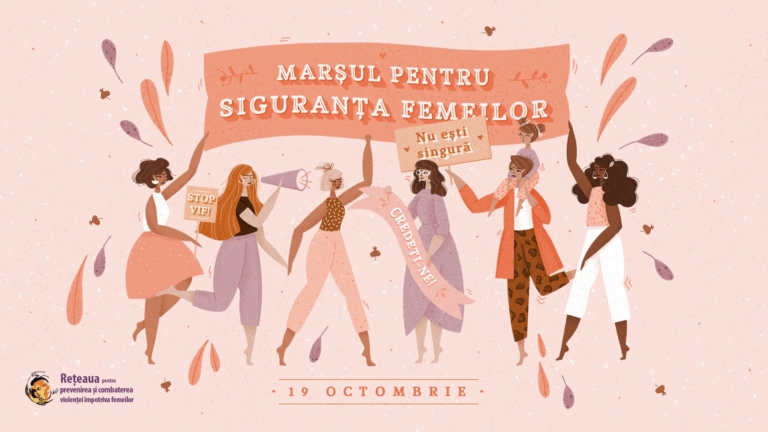 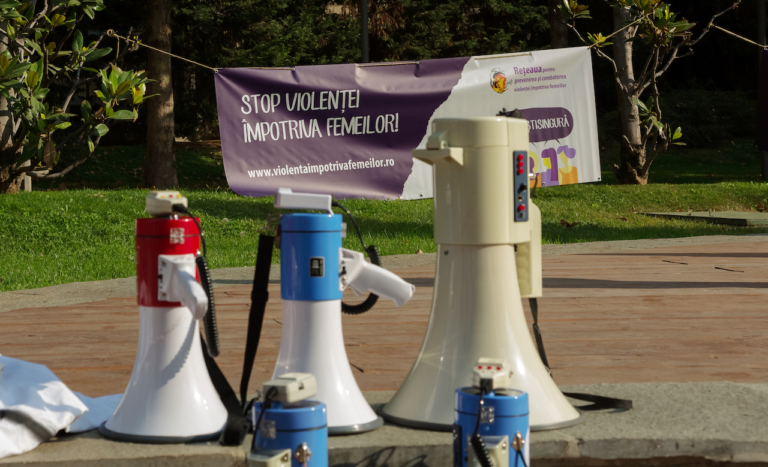 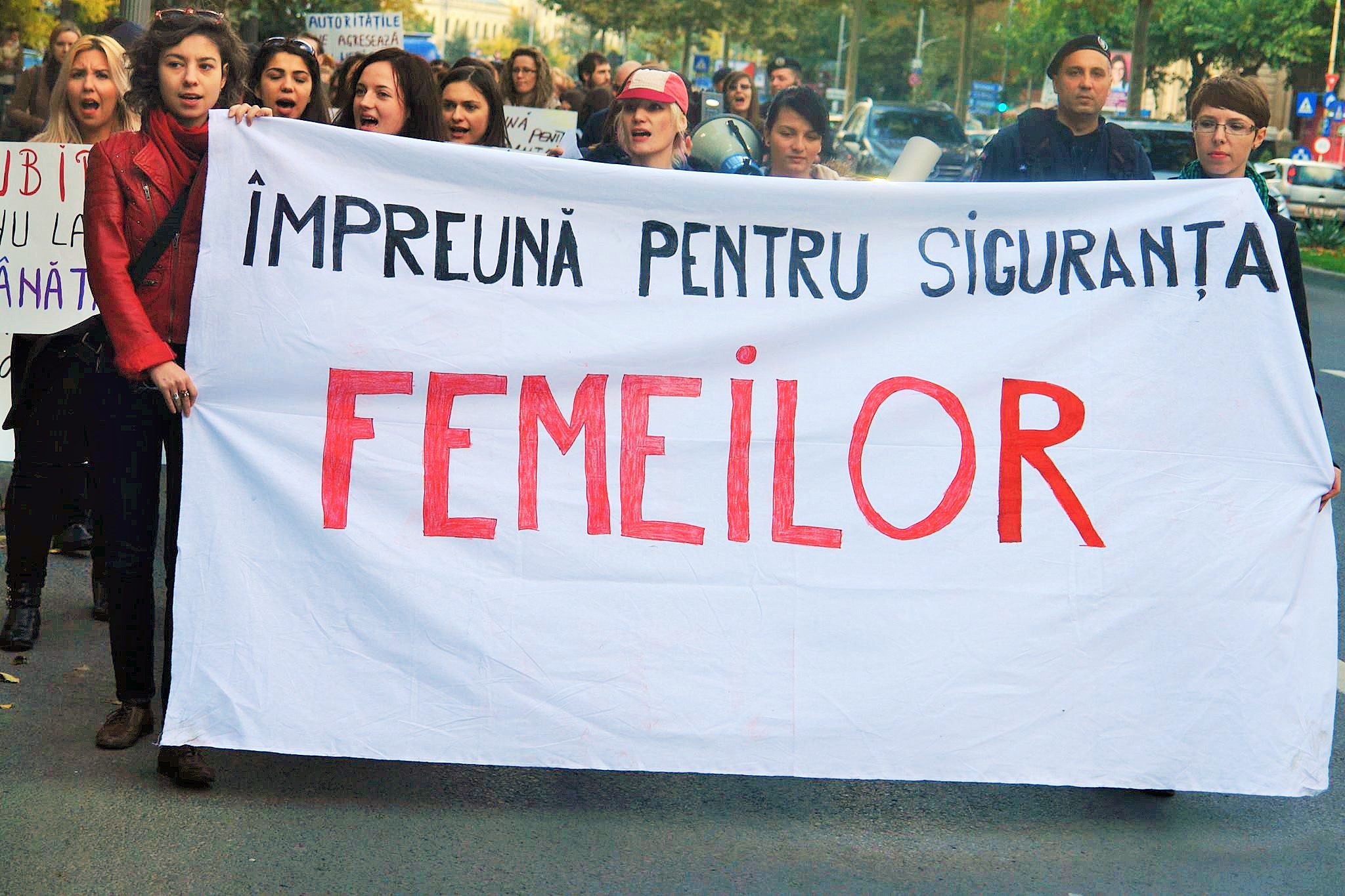 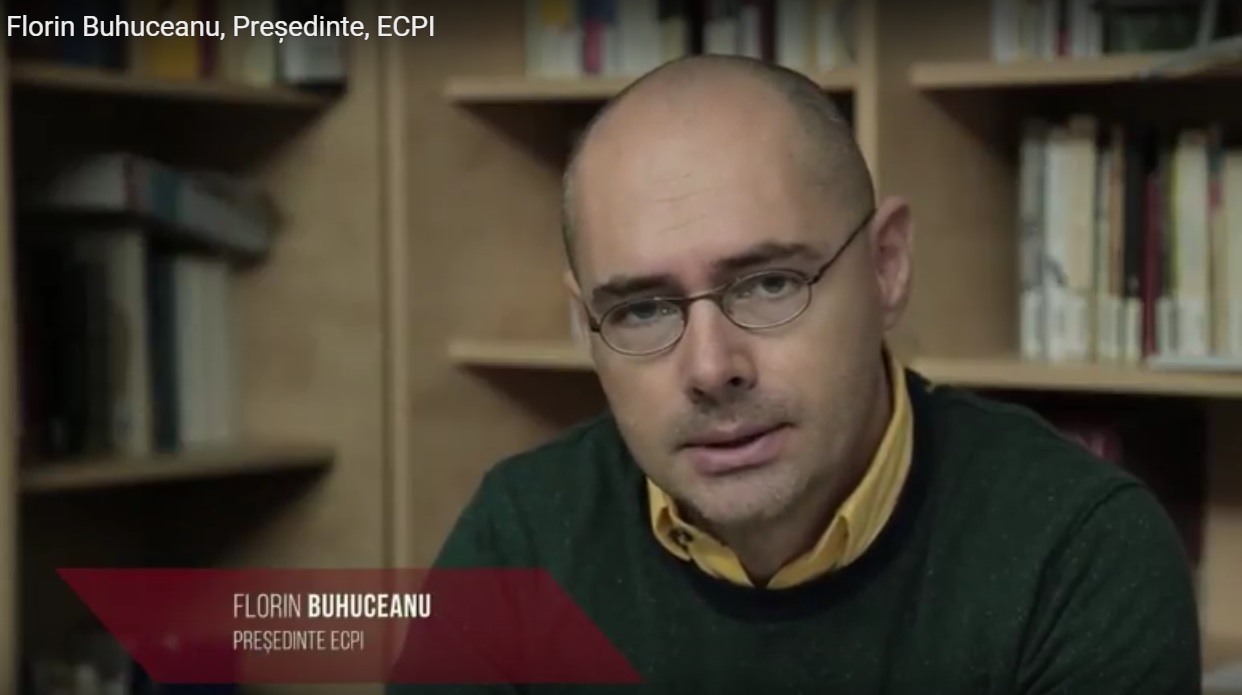 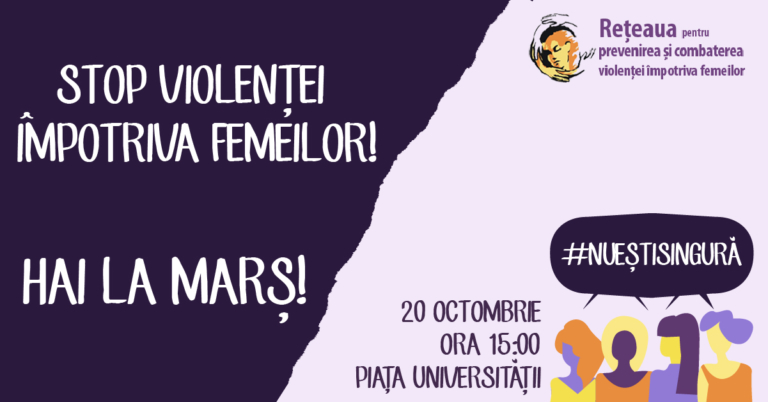